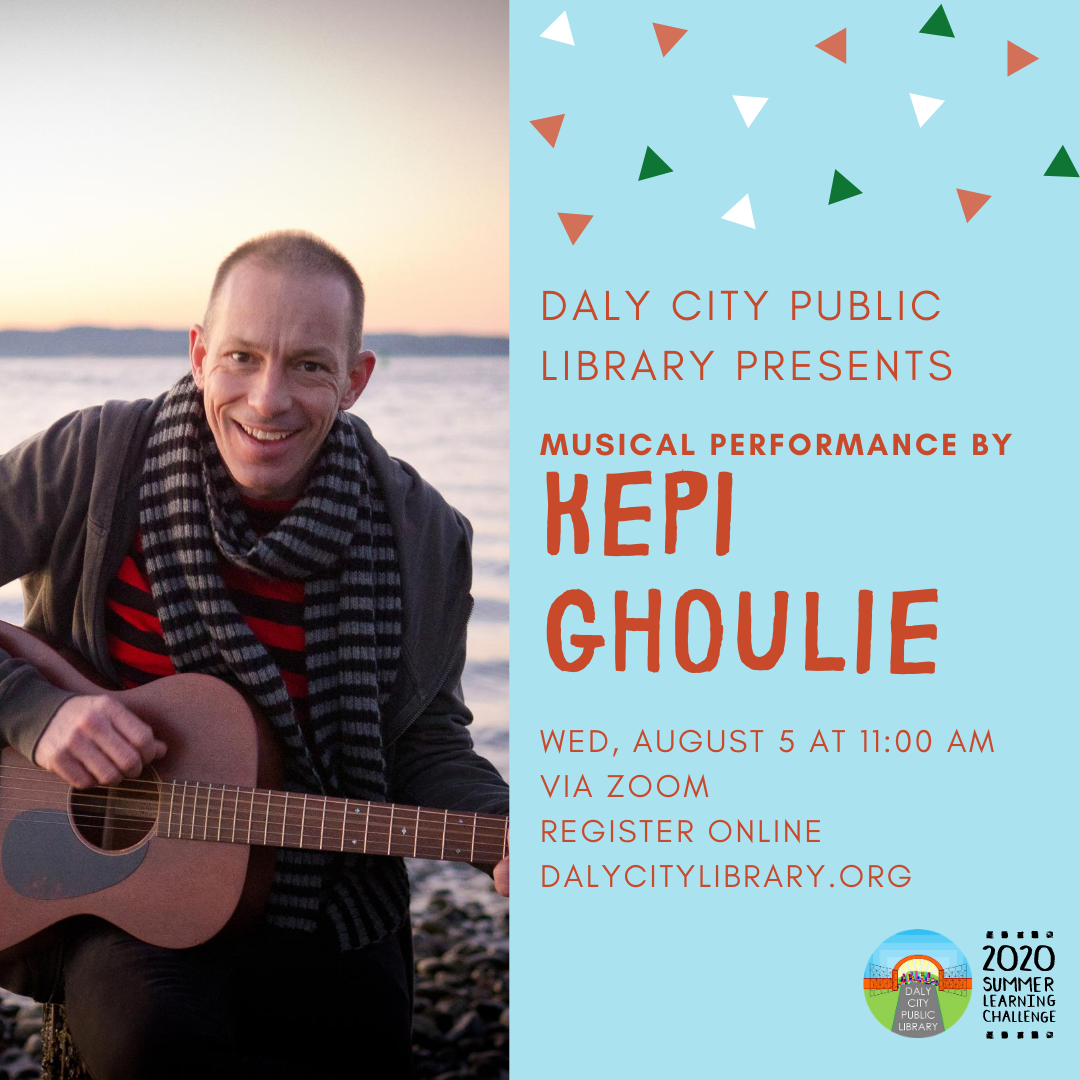 Join us on Zoom for a performance by Kepi Ghoulie!

For the last 28 years, Kepi Ghoulie has been a huge fixture in The Ramones core punk scene throughout the world. Having fronted legendary pop punkers Groovie Ghoulies and worked as a solo musician, he is now ready to unleash his debut children's music album. As Kepi continues to tour 200 days out of the year, he will soon become the greatest thing to happen to the kindie rock scene since peanut butter & chocolate became friends. In reality, Kepi is just a big kid himself.